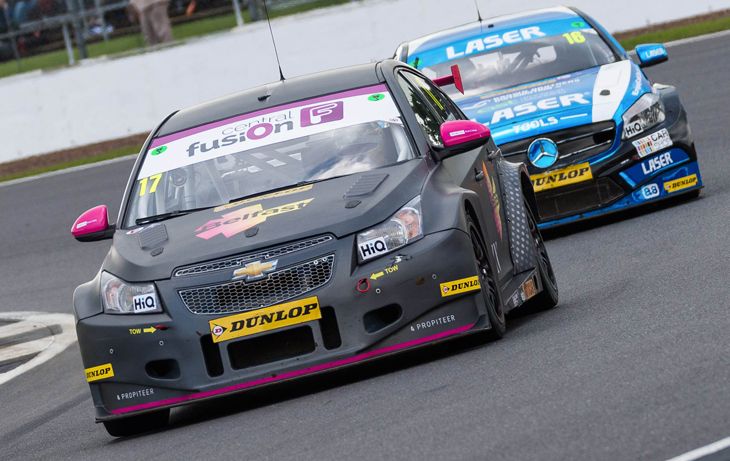 The Belfast owners of British Touring Car Championship (BTCC) team Norlin Racing have pledged to bring a touring car race to the city centre within the next two years.

Speaking to the Irish News Richard Irwin and Stephen Symington, who bought the team last year, said there is an “appetite” to bring a touring car race to Northern Ireland and confirmed “positive” early discussions have already taken place with BTCC surrounding its feasibility.

“I think there’s a real appetite to have a race here, both from the touring car side and from the supporters,” Mr Irwin said.

“It’s something I think they (BTCC) will embrace provided Belfast would embrace it as well.”

“It would be one the fans would prefer as opposed to the drivers, but I still think it would be a serious race. Touring cars are traditionally street cars and therefore I think it would be a great spectacle to have a street race of touring cars in the city centre and Belfast’s streets lends itself to that because you have long straights, you have corners, there’s quite a nice track I have in my head.”

The local racing team owners believe such a race could take place “within two years”, bring in up to 80,000 people to the north and generate “multi-millions” for the local economy. At present 11 tracks across the UK make up the British Tour Car Championship season.

“You’ve got footfall that comes into shops, you’ve got people staying in hotels, you’ve got taxi drivers, restaurants, it all feeds off each other.”

“I think within two years it can be done. I’m not sure it’s achievable for next year, I think for the year after. Everything’s achievable if you get the right attitudes,” Mr Irwin added.

In addition to owning BTC Norlin Racing, Richard Irwin and Stephen Symington are the head of investment firm Norlin Ventures, who are major players in the property, hospitality and leisure sectors in the UK. As the Irish News revealed earlier this week the duo plan to invest upwards of £20 million redeveloping the area around the Quayside Shopping Centre in Derry.