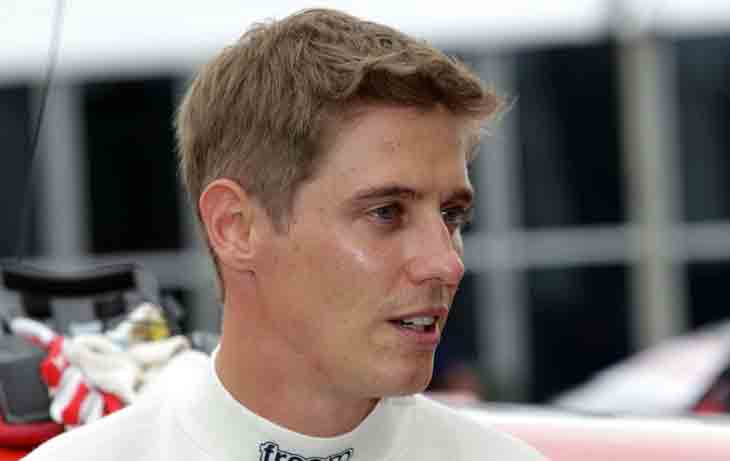 BTC Norlin Racing have announced that James Nash will join the Team for the 2018 season. They have also revealed a new sponsorship deal with leading home, garden and leisure retailer, The Range.

He said: “We are really excited for our prospects in the 2018 season given our two young drivers, James Nash and Chris Smiley and the addition of the new cars. This winning combination gives us every reason to feel confident that we will achieve podium places at each round during the 2018 season. James has the character and determination to win and is the perfect teammate for Chris Smiley. We are thrilled to welcome him to BTC Norlin Racing.”

Commenting on the announcement, James Nash said: “I’m absolutely delighted to be joining BTC Norlin Racing and drive with teammate Chris Smiley. Over the winter I’ve been looking at opportunities for 2018 and Norlin made me an offer I couldn’t refuse. Their new Honda Civic Type-R cars also attracted me as they have proved that they are one of the cars to beat, ensuring the BTC Norlin Racing Team can be competitive from the get go.”

Stephen Symington, owner of BTC Norlin Racing, added “We are delighted to have secured a driver with the capability and reputation of James Nash and his signing is a real statement of our intent to create a winning team. As a previous winner of the Independent Drivers Title, James makes the perfect partner to drive alongside Chris Smiley. With new cars and a new driver, we are in for an exciting season.”

BTC Norlin Racing have also announced that they have secured the first new sponsor of 2018, with leading UK retailer The Range.

Commenting on the announcement Stephen said: “We are also delighted to announce The Range as the first new sponsor for the 2018 BTC Norlin Racing team. It seems appropriate that The Range, one of the UK’s fastest growing retailers, has aligned itself to a team which is ambitious, innovative and driven for success.”

Confirming the sponsorship, entrepreneurial founder and owner of The Range, Chris Dawson, said: “As a growing retailer our focus is on expanding our retail footprint with new store openings in key locations. Through this exciting partnership with BTC Norlin Racing, we will build our reputation as a leading home, garden and leisure retailer, building our customer engagement across the UK and Ireland.”

Richard Irwin, Director at Norlin, added “The BTCC experience offers a fantastic opportunity for any brand seeking to build customer engagement through the large and defined audience which this sport attracts through its TV broadcast, social media and trackside mediums.”

“Our association with BTCC has enhanced our own brand and helped us engage with clients and customers in a meaningful way. We are delighted The Range have chosen our team for sponsorship and we look forward to welcoming them and their guests to the BTC Norlin Racing hospitality tent this year.”